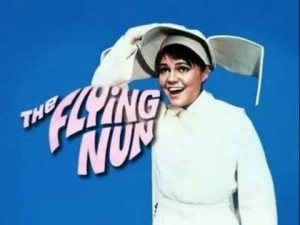 On April 4, 1968, I was probably watching The Flying Nun when the newscaster interrupted and told of Dr. King’s death. I was alone in our apartment as my mom had run downstairs to visit with a friend, and I remember the sense of fear and foreboding that came with that frantic announcement. That night, Washington D.C. began to burn, and within hours the National Guard was camped out on our school playground trying the address the violence. My father worked in the District for the Government Printing Office, not far from the rioting, and I remember hushed conversations between my parents trying to decide how to respond. Somehow, even though I was 7 at the time, I knew that things would never be the same.

1968 was a difficult year. Martin would die in April. Bobbie would die in June. And my middle-class sense of family would die sometime in the midst of all of that as my parents separated, ultimately leading to their divorce. It’s hard to look back on that year without a sense of mourning and loss for all that happened.

No, I didn’t know then what Martin would mean to me later. I didn’t know that his belief in a “network of mutuality” would end up guiding my life in so many ways. I knew of the movement for Civil Rights, but living in a white, middle class “Wonder Years” environment, that movement seemed far, far away from the life that I lived. We were about to land a man on the moon, and like many of the kids of my generation, I was more caught up in the worship of astronauts and visions of space travel than in the plight of those living just a few miles from us.

Two years later, I would move to the south and see first-hand the legacy of racism. I didn’t know the full story, but I would always carry the image of the glow of the fires in downtown D.C. on the horizon at night in my memory, and knew that the old ways could never be the same.

Did Martin have to die for me to learn that lesson? I sincerely hope not.

But I believe in a God who takes the brokenness of humanity and redeems it; who brings new life out of the midst of death. Yes, we are still wandering in the wilderness as regards race in this country. We haven’t reached the promised land yet. But God is still at work, taking the legacy of Dr. Martin Luther King Jr. and proclaiming that there continues to be the hope of a dream of a land in which ALL people are loved and welcomed; a place in which the beloved community is made real.

Today we remember a death. But, as Bishop Tutu reminds us, we ARE people of the resurrection, and as such we are people of hope. The story isn’t over. It has just started.